Our global editorial team of almost 50 journalists and about 300 freelancers covers the world’s under-reported stories at the heart of aid, development, women’s and LGBT+ rights, human trafficking, property rights, climate change and social innovation.
We make our stories available free of charge to hundreds of smaller media outlets and non-government organisations around the world.

Our correspondents and stringers shed light on stories that are often overlooked by mainstream media. We are truly global. We have correspondents in Britain, Spain, Italy, Lebanon, the United States, Colombia, Mexico, Brazil, India, Malaysia, Thailand, Cambodia, Senegal, Kenya, Nigeria, Cameroon and freelancers in most developing nations. 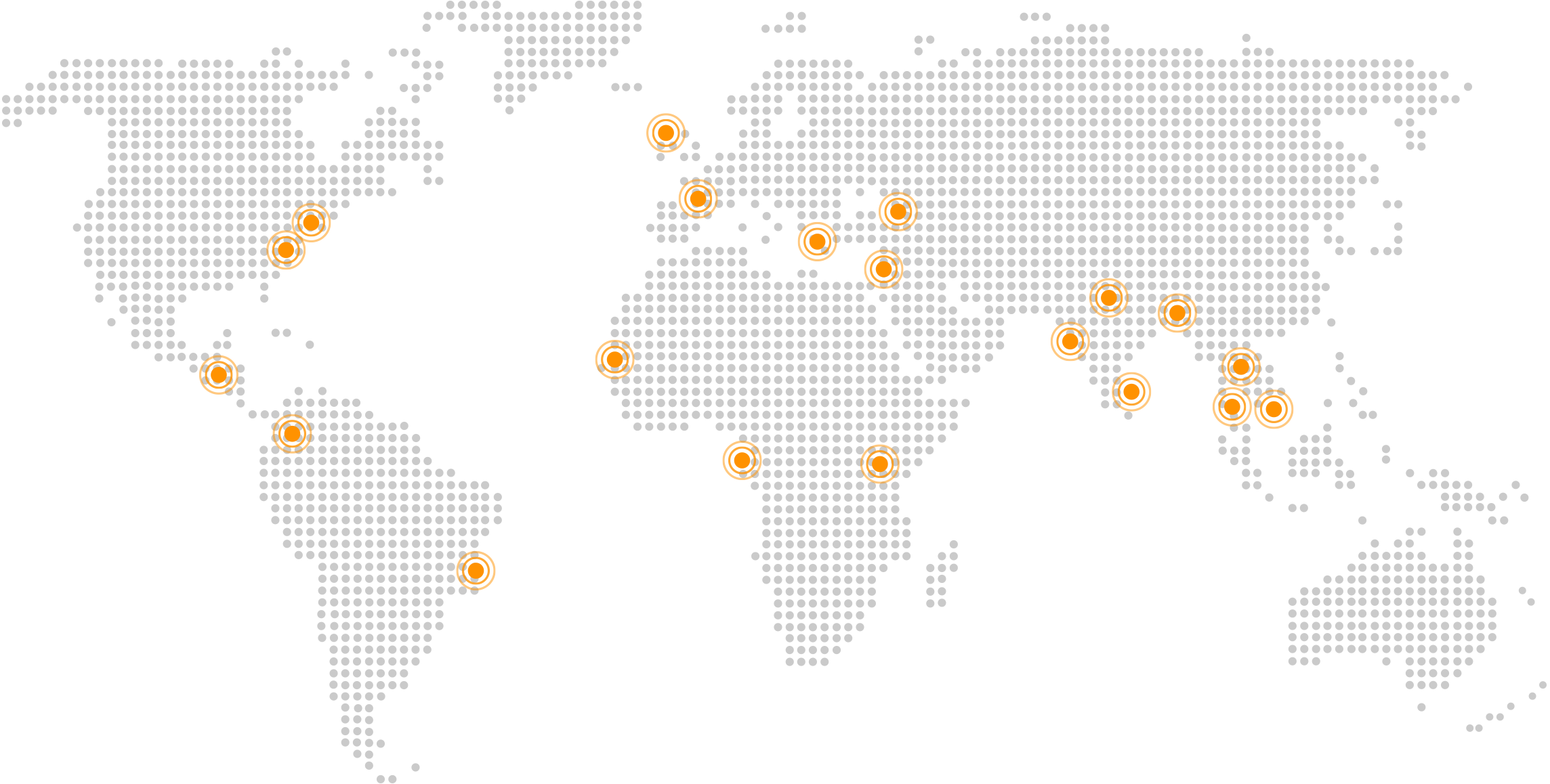 We cover the world’s under-reported stories through breaking news, features, interviews, and in depth analysis. We produce exclusive videos and photos. We also publish blogs and op-eds from decision makers and thought leaders.

Our videographers and photo-journalists use the power of images to document how the issues that we cover have an impact on ordinary human beings and vulnerable communities. Our documentaries and photo essays introduce viewers to inspiring characters, drawing them into unfamiliar worlds.

When gathered and analyzed by experts, data can illustrate scenarios as vividly as photojournalism. Our annual perception polls generate international debate by putting women’s rights at the top of the news agenda.

Our mission is to raise awareness and inform society about often overlooked issues using the Reuters principles of fair, accurate, and impartial journalism. The power of news is that it can affect government policy, shape legal reform, assist law enforcement, empower civil society, engage business. We highlight stories that can have real impact.

UK lawmakers summon tea companies after our report on work exploitation.
Our exclusive story about some Indian tea plantations with slavery-free certifications abusing and underpaying their workers got a lot of attention and also led to action. EU motions have been filed and the House of Lords has summoned major tea companies to appear before them and explain what they are doing to improve their supply chains.

TRF used as dictionary definition.
Our story on U.S. farmers being squeezed out of the rural landscape is referenced in the leading Merriam-Webster dictionary to illustrate their definition of “landholder”.

Funding shifted after our Barbuda post-hurricane story.
Our coverage of Barbuda’s post-hurricane reconstruction was credited with influencing an EU decision to allocating funding to rebuilding homes via UNDP rather than the government, which is said to have been lagging on its commitments to Barbudans.

Mica investigation of 2016 continues to have impact.
Our investigation into India's mica industry that revealed children were dying in illegal, crumbling mines is continuing to have impact more than two years since its publication. The Indian government is now counting the number of child workers in mica mines for the first time and the chief minister of the eastern state of Jharkhand unveiled a drive to make mica child labour free. This is highlighted in our latest story: “With new data, India plans to fight child labour in mica mines”
This contrasts with 2016 when officials had said they had no knowledge of children dying in mica mines. This year officials enlisted an entire state machinery to map all out of school children and tracking if they are working in mica.

Rising demand for avocados leads to queries over sustainable crops.
Our story about avocados being removed from British menus amid environmental and land concerns prompted a Swiss avocado oil company to contact the Rainforest Trust - which was quoted in our story - for guidance on the sustainability of their business.

Slavery in car washes.
Our story UK launches car wash scheme to tackle labour abuses and slavery sparked a debate on the UK board on Reddit, with dozens of upvotes and comments. Several posters said they were reconsidering using their local car wash and flagging possible forced labour.

EU suspends project on our Kenya Sengwer forest people story.
We were the first international media outlet to report about Kenya’s Sengwer forest people being threatened with eviction by the government-run Kenya Forest Service. Following our coverage, three U.N. special rapporteurs expressed concern and the EU suspended a $35 million dollar water conservation project in the area the Sengwer call their ancestral home.

Indian govt acts on our story about worker jailed in Dubai.
Our story highlighting the case of an Indian worker jailed in Dubai for unwittingly using banned painkillers has led to him getting consular help for a mercy petition. The Indian consulate in Dubai was alerted to Motam Naresh’s case by a member of the ruling Bharatiya Janata Party – Thopali Sriniwas – who read our story and went to meet his family. Mr Sriniwas posted on Facebook that he took the initiative after reading our story. The vice consul in the Indian Consulate in Dubai said a mercy petition is being prepared.

Story prompts age checks of women working in Indian spinning mills.
Our story on the suicide of a 14-year-old girl at a textile mill in southern India after a 16-hour shift led to the company rechecking the age proof of all their workers, sending many girls back home to bring back proper documentation. The Spinning Mills Association also warned the company against hiring children.

Our unique journalism has been recognised with some of the media world’s most prestigious awards.

UNCA - Thin Lei Win: Silver winner of the Prince Albert II of Monaco and UNCA Global Prize for climate cover at the 2018 UNCA Awards by the UN Correspondents Association.

NJAMA - We won our first award for our LGBT file with Zimbabwe freelancer Lungelo Ndlovu getting 1st prize at the 2018 National Journalism and Media Awards (NJAMA as Gender, Identity, Sexual and Reproductive Health Rights Reporter of the Year Southern Region for “Trans People Struggle for Acceptance in Zimbabwe”.

Joint winner of the Gold medal for the 2015 United Nations Foundation Prize for print (including online media) and broadcast media (TV & Radio) for coverage of humanitarian and development aspects of the U.N. and U.N. agencies.

Asian Environmental Journalism Awards - 2013 SEC-Lee Foundation Excellence in Environmental Reporting by a Media Organisation for a series of 13 stories from Asia.

Emmy Award - 2010, “Surviving the Tsunami: Stories of Hope”, a multimedia documentary created for the fifth anniversary of the Indian Ocean tsunami, was nominated for an Emmy award, won a prize at the Best of Photojournalism Awards, and was a finalist in the 2010 Dart Awards for Excellence in Coverage of Trauma. It was also named Best Web Special Feature by Editor & Publisher.

* Our editorial team have also been cited in over 50 scholarly citations, contributing to academic research in various fields.

Team up with us to highlight a key issue and raise awareness of some of the challenges facing the world’s vulnerable communities.

Three-year programme with Deutsche Bank to cover the growing number of social entrepreneurs globally using businesses to help people and the environment.

Collaborating with Omidyar Network to raise awareness about the vital role of property rights in poverty alleviation. This initiative involves a team of 12 journalists, including two from Citiscope, producing unique stories for a global audience and the creation of PLACE, the first digital platform dedicated to land and property rights featuring news, expert opinion, and other resources.

A three-year initiative with Laudes Foundation aimed at raising awareness of trafficking and forced labour in India and across South Asia through a team of dedicated journalists, a Hindi and Tamil translation service, and training for reporters from local newsrooms. Expansion of our slavery team with 7 more reporters (9 in total) giving us the largest team of human trafficking and slavery reporters globally.

Involvement in a five-year programme,  “Building Resilience and Adaptation to Climate Extremes and Disasters (BRACED)”, backed by the British government and launched in 2014. BRACED responds to the most immediate impacts of climate change and aims to benefit an estimated 5 million people across Asia and Africa by sharing information and news on the BRACED website.